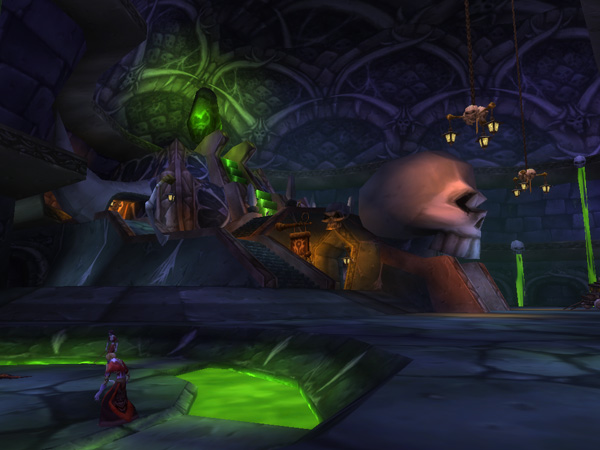 Xiao yu was worried as he looked at 3 banshees. The Magic Quarter was a big place but Grom, Xiao Yu and Leah couldn’t afford to face 3 banshees on their own. Actually, Xiao Yu couldn’t do anything to them even if he brought all his troops including the forces from the Knight and Magic Academies.

“The banshees are strong. I haven’t seen their strength but I assume only those mysterious black cloaked people could kill them.. Even they would have to pay some cost to kill these banshees… ” Xiao Yu pondered as he thought about possibilities.

He checked the Magic Quarter and the terrain. He wanted to find favorable locations to escape the magic spells that the banshees would use against them.

“The only way that I can kill them is to use the magic scrolls given by Theodore… However, the magic scrolls are one time use only so it means I’ll have less and less as time goes on…” Xiao Yu was distressed as he thought about pros and cons of the situation. He knew that he couldn’t take banshees lightly even if he had these magic scrolls.

Xiao Yu decided to have a guerrilla warfare against the banshees by using the bridge within the hall. He couldn’t casually throw the scrolls inside the hall as the books on the shelves would be blown up too. Moreover, Xiao Yu could use the bridge to protect himself from the attacks of the banshees too. There was dirty water underneath the bridge. It looked gloomy but it wasn’t toxic so he could use it for safety.

Xiao Yu stopped hesitating as he planned to move in. He knew that it wouldn’t take long before the other groups would come to the Magic Quarter. It would be impossible to loot the place if the others came in too.

“Grom you will be using scrolls like me to attack them. But don’t forget you won’t confront them in open battle! Use the pillars within the hall and the bridge to protect yourself from their attacks. Leah turn invisible and begin to plunder the books while we try to kill the banshees.”

Xiao Yu and Grom went into the hall from different sides after Xiao Yu arranged the tasks. Xiao Yu turned to look at Leah. He saw that she was ready so he took out a Lightning Scroll and threw it towards the banshees.

In an instant, lightning and thunder began to attack the banshees and undeads within the hall.

Xiao Yu saw that the attack of the scroll made great damage to the undeads. He knew that they could kill them by using the scrolls. The banshees saw Xiao Yu and rushed towards him. They used magic spells to attack him while they charged on. Xiao Yu quickly run towards the pillars and used them as defense. The magic attacks hit the pillars. “I’ll be fried if those attacks touch me..” Xiao Yu muttered.

The walls and pillars within the Undercity were made to withstand the magic attacks. They didn’t break down at such attacks. The banshees were almost close to the pillar where Xiao Yu was hiding when frosts began to scatter in-between them. They reacted fast enough to sway away. However, they were affected by the layers of frost and their speed greatly reduced. It was Grom who had thrown a scroll from another direction.

The banshees screamed out. 2 of them turned to rush at Grom while the other turned to chase Xiao Yu. In addition to them there were undeads who chased Grom and Xiao Yu too. Xiao Yu used the Wind Walk to run away towards the bridge. He didn’t forget to throw a fireball scroll.

The fireball smashed into the undeads. Smokes burst out as the bodies of the undeads turned into ash. Xiao Yu was throw out by the shock wave of the fireball’s explosion. He flipped forward in air. Xiao Yu almost fell down when he landed.

“Motherfucker! The strength of this fireball was few levels higher than the fireball spell that Master Alma used.”

Xiao Yu turned to see that banshee wasn’t affected by the fireball. It still continued to chase Xiao Yu. At the same time, banshee attacked used a Ice Arrow.

“There has to be some kind of magic item in this banshee’s body to protect it. Otherwise, it would have turned into an ash long ago as Theodore’s magic scroll would be able to kill even a fourth-rank beast.”

Xiao Yu teleported to the bridge and hid under it. He escaped the ice arrow thrown at him. The Ice Arrow hit the bridge and pierced through the stone.

“Grom, turn invisible!” Xiao Yu shouted as he throw a Hurricane scroll towards those banshees.

The hurricane that emerged shot towards two banshees at lightning speed and grabbed them from the ground.

“Come on!” Xiao Yu shouted out towards the other banshee. He wanted to anger them as much as possible. At the same time, he turned invisible to hide in a corner. The Hurricane smashed those banshees away. Nevertheless, both of them stood up to search for Xiao Yu. However, they couldn’t find him. The banshees began to scream in anger and fury as they couldn’t locate Xiao Yu. Grom turned visible and threw a Blast Wave scroll at them.

Waves of flames hit those two banshees and smokes began to dissipate from their bodies.

“We are almost there…” Xiao Yu knew that the banshees were heavily injured.

The third banshee joined the first two and they turned to attack Grom. However, Xiao Yu had already used a Flame Wreath scroll. It would cause great harm to the enemy in case they moved. The banshees weren’t willing to be bound by the spell. They forced themselves out from the spell but the second effect of the Flame Wreath scroll turned on. The flames began to burn their bodies.

Mournful screams of banshees echoed out as their bodies turned into ash and scattered around.