“We are not to use anesthetic powder?” The archer hesitated as he heard Dudian’s words. He saw that Dudian’s arm was infected with a bad toxin. He had to clean it up as the situation was extremely urgent immediately. If he used anesthetic powder, then he had to wait for five to ten seconds. However, that short time could affect Dudian’s life.

“Master stop! I have to bandage your arm, and you must hold back!”

Dudian aimed and shot the arrows. Another arrow hit the throat of the barbarian riding the giant wolf. He turned his head and looked at the young archer. He grabbed the dagger and pierced the wound on his left arm. The black poisonous blood spewed out. However, he kept his arm lower so that the blood didn’t splatter on the young archer’s face.

Dudian threw down the dagger and continued to hold the bow with his right hand while he pulled the arrows with his left hand. He rapidly said: “Let it flow out..then bandage it.”

The youth was startled but quickly reacted. He took the disinfection gauze and wrapped around Dudian’s arm. The poisonous blood was forced out.

Dudian removed the arrows and inserted them in the soil in front of his feet. Because of the bandage, it was inconvenient to pull them out from the back. He stared at Reid and others while he quickly shot the arrows.

The young archer was facing hardships while bandaging Dudian’s arm as it was constantly shaking. He had to follow the movement of Dudian’s arm. Fortunately, Dudian’s arm moved in the same range. Soon he was able to follow the rhythm and clean up the wound. He forced out the poisonous blood and sprinkled the antidote powder on the wound. Afterward, he bandaged the wound.

Dudian’s aim was somewhat disturbed in the process. However, he didn’t continue to aim at the throat or eyes of the enemy, but instead locked on the front limbs of the giant wolf. The arrows were able to easily pierce through the place where the protective gear didn’t cover. The wolves were frightened because of the injuries and the barbarians riding on them were affected too. Some of them fell while the others couldn’t accurately use their weapons.

After an arrow, a giant wolf would scream in pain.

The morale of Reid and others rose as they fought the barbarians.

After the assistance of the giant wolves was lost the destructive power of the barbarians were reduced. Reid and others rushed out too quickly behead them. However, in this chaotic battlefield, it took two knights and one swordsman to kill a barbarian. The scene was brutal and bloody.

In the blink of an eye, most of the barbarians were killed in the canyon.

At the same time, Dudian noted that there was a very strong red heat behind the group of giant wolves. His heart turned cold, but after a moment of thought, he continued to shoot these barbarians on giant wolves.

The barbarian archers had weak armor. Dudian quickly killed several of them. At the same time, he was able to kill a few giant wolves.

Dudian turned around and looked at the youth bandaging his arm. He saw that his left arm had swollen a lot. He sighed in relief. It seems that because his physique was better than the most senior hunters, he was able to endure for more time. Although he wasn’t immune to the toxins, but at least he had a better chance to survive than most senior hunters. If it was another ordinary person, then he thought that they would just fall to the ground and die.

Fortunately, it took less than half a minute to solve out the problem. Otherwise, he knew that poisonous blood would slowly circulate through his whole body and affect his brain and heart.

“It’s a potent poison.” The youth was sweating. He felt the pungent smell exuding from the poisonous blood that had oozed down. If he had disinfected a bit late then, Dudian would be unable to survive.

Dudian rushed to the front of the battlefield after he bandaged Dudian’s arm.

The young archer’s face changed as he said in haste: “Master, you can’t …”

Dudian came to a stop four or five meters behind Reid and others. At the moment his left arm had swollen a lot. The white gauze was stained in black blood.

The barbarians on the giant wolves rapidly fell because of attacks of Dudian, Reid, and others.

Reid and others reached the front of the barbarian archers on the giant wolves. They weren’t on par in melee combat against the Reid and others. The barbarians saw that they were at a disadvantage, so they began to retreat one after another.

The Reid and others quickly advance. However, a majestic shadow jumped from behind the fallen giant wolf. It looked like a giant leopard. In one leap it reached about four meters in height and was able to pass over the giant wolf. It landed directly in front of the Reid.

Reid was shocked as he swiftly lifted his sword.

The leopard-like monster bit up in a quick action. The Reid’s sword was blocked. The next moment it grabbed onto Reid’s sword.

Reid tried to struggle and pull back the sword. However the next moment he felt the tearing pain. He looked up to see a shadow coming at him.

Reid’s pupils shrank as he tried to move his body. The only thing he heard was a loud ‘Kacha’ sound. The hideous monster had bitten his arm and torn it off!

The blood sputtered out as it hit his face. A cold sweat flowed down his body. He felt the kiss of death!

A swordsman next to him roared and raised his shield as he rushed to stop in front of Reid.

The hideous monster’s front paw stepped onto the shield. The heavy force crashed down the shield, and the swordsman was trampled down. Blood spilled out from under the shield.

However, in this critical moment, Reid was able to pull back from the front of the leopard-like monster.

Reid was maddened as he saw the sight. He used his left arm to pick the spear of a dead knight and rushed towards the hideous monster.

A slim figured woman was sitting on the back of the monster. She was wearing armor made out of animal hair and a lion helmet. She snorted as she saw the crazy Reid rush for them. She waved the machete in her hand.

Whoosh!
The woman’s pupils shrank as she bent over in a hurry.

Another arrow reached her body the moment she bent over. It pierced the armor made of the animal hair, but it was only able to make a dent.

The woman raised her head. Her face has turned pale as she tightly stared at the front of the canyon. Reid and others rushed back while the slim figure stood on the leopard-like monster. She saw a small figure standing by the mouth of the gorge. He was holding onto a bow as there was an indifferent expression on his face. The figure was completely different than the other soldiers. He was as cold as ice. She was able to clearly feel that the teenager was a terrifying existence at the mouth of the canyon. There was only him existing in her vision that could threaten her.

Today I was a bit bored so I took few bottles of beer and a game to play with the splitty. 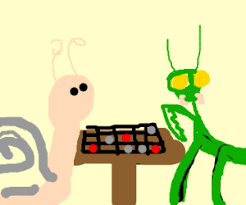 I was winning and the splitty got drunk & angry(I didn’t expect splitty to get drunk after half a bottle of beer). 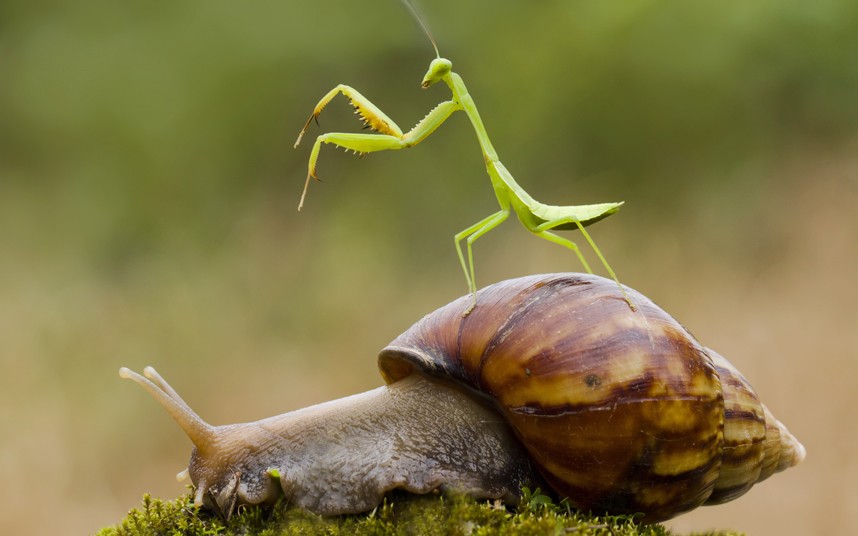 It tried to kill me. So I made my secret move… Sorry for the late release! (CDLevit thx for the pics)